SO i had a client contact me to ask if i could make a white choc mud cake for her daughters christening and showed me a pic of what she was after.... I freaked out! I have been lucky enough to have stayed away from fondant covered cakes until now. lol
I had tried once before for my daughters birthday cake but it was 42 degrees and the power had gone out so i had no air conditioning so the humidity was threw the roof and i gave up before i even started. So when i saw this cake i thought it was worth the challenge. And if it turned out to be a flop i new i was not meant to work with fondant again!

Anyway it all worked out! I love this cake! Im sure i have gain quite a few more grey hairs from doing it but it was worth it. Might even have the confidence now to try and make another fondant cake!!
Enjoy!
Rach xx 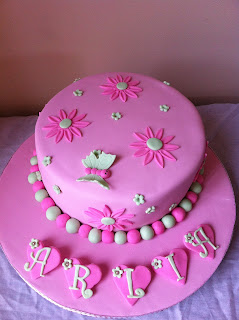 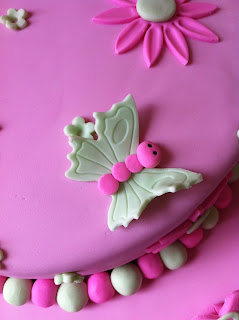 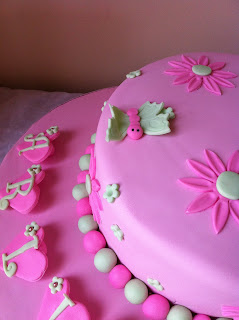 So this is my latest giant cupcake design! I had a client ask me if i could make a fairy figurine and i was so happy with my first human looking fondant figure that i decided to use her on my giant cupcake i took for a display at our local market.
I had seen the rose piping done a few times on the giant cupcakes and this gave me an oppotunity to have a go too. Loved it. Especially when you do the two tone piping for the pink high lights.
Enjoy!
Rach xx 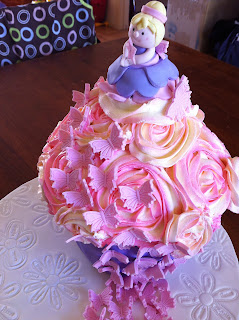 ﻿
Posted by Plush n Lush Cupcakes at 8:36 PM No comments:

I was doing a delivery a while ago and had a customer ask me if i had one of the giant cupcake moulds and a bit embarrassed as you would think i would have bought one as soon as they were released i had to admit i hadn't bothered. I thought they were just going to be a fad that would die out so i hadn't bothered. Anyway turns out my customer had one she bought from a garage sale and wanted to give it to me. ( i have the best customers ever!!) hehe.

Anyway... I'm Hooked!!! I have made a couple for some customers recently and so much for the passing fad! I have 6 booked in the next 3 weeks!! So here are the latest two. One girly butterfly and dragonfly theme and the other is a Jungle Tree theme. Next up i would love to do a big top circus theme!! So watch this space :)
Rach 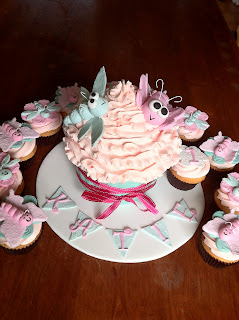 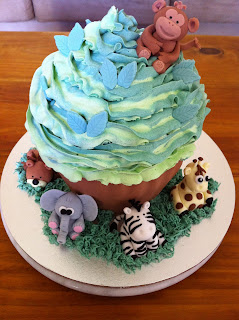 ﻿
Posted by Plush n Lush Cupcakes at 5:56 AM No comments:

Wow Who would have thought! 2000 likers on facebook! Thanks so much to everyone for your support. Its only been 11 months since i started Plush n Lush and cant believe how far it has come! Thanks again everyone xx
So as promised here is the Red velvet cupcake recipe to celebrate. i got this recipe originally from Leonie from Ma cake who posted it on her blog around the time i started PnL so thought i would give it a go and looovvveed it so much! Its originally from the Magnolia bakery apparently which was made famous from the Sex and the City series.
If you don't know what the red velvet cupcake is well you've been missing out! The Red Velvet Cupcake is American number one selling cupcake. Oprah has declared this cake as one of her favourite things on her show too!
So give it a go, I have changed a couple of thing since getting the recipe so this is the exact recipe i use now.
Enjoy =)
﻿Red Velvet Cupcakes ( Makes 30 )
Ingredients:
3 ¼ cups of plain flour
150 gr unsalted butter, softened
2 cups Castor sugar
3 large eggs, at room temperature
50ml Queen red food coloring
3 tbsp unsweetened cocoa
1 1/2 tsp vanilla extract
1 1/2 tsp salt
1 cup full cream milk
1/2 cup buttermilk
1 1/2 tsp vinegar
1 1/2 tsp baking soda

Preheat oven to 175°C.
In a small bowl, sift the cake flour and set aside. In a large bowl, on the medium speed of an electric mixer, cream the butter and sugar until very light and fluffy, about 5 minutes. Add the eggs, one at a time, beating well after each addition. In a small bowl, whisk together the red food colouring, cocoa, and vanilla. Add to the batter and beat well.
In a separate bowl, combine the salt, milk and buttermilk. Add to the batter in three parts alternating with the flour. With each addition, beat until the ingredients are incorporated, but do not over beat. In a small bowl, stir together the vinegar and baking soda ( will froth up a bit ). Add to the batter and mix well. Using a rubber spatula, scrape down the batter in the bowl, making sure the ingredients are well blended and the batter is smooth.
Divide the batter among the prepared pans. Arrange the oven racks in the upper and lower thirds of the oven and bake the cupcakes, switching positions of the pans halfway through baking, until a tester comes out clean, about 20 minutes. Cool the cupcakes in the pan 10 minutes, then remove from the pan and cool completely on a rack before icing.

combine softened butter and icing sugar in electric beater on low speed until combined. Will look like bread crumbs but if you keep beating it will come together. As soon as they have combined add the cream cheese. beat on high for 5 - 6 min. Add the Cinnamon.

Note: I also sprinkle Cinnamon over top of the frosting once its piped on. 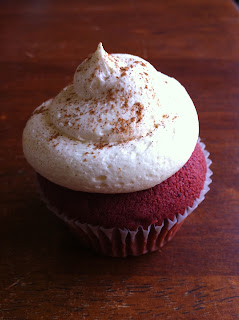 Yay! Its almost Australia Day. Time for that family BBQ,  fun in the sun and generally a day to be thankful for all things Aussie! So lets breakout the Lamingtons and Pavlova's! Well in this case Lamington and Pavlova Cupcakes lol.
First up is the Lamington cupcake. Vanilla cake with a cream filled option topped with Chocolate Ganache and coconut. 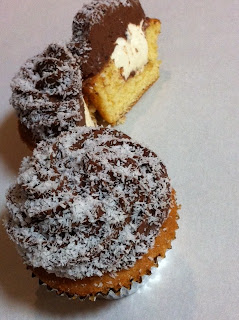 ﻿
And of course there is the ever popular pavlova. I have had the pavlova on our menu for a while now and being uniquely Australian ( well some would argue ) who wouldn't want one of these on Australia day :)
Vanilla cake topped with a meringue basket filled with cream and topped with fresh fruit.
Enjoy
Rach xx 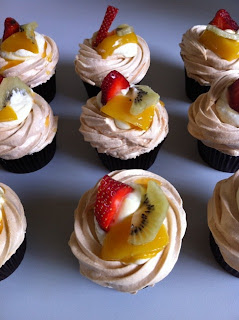 Posted by Plush n Lush Cupcakes at 5:05 AM No comments:

So i decided to have a go at making some cake pops as they are becoming so popular lately and look like a lot of fun to make. I also make a lot of cupcakes with fillings and usually have a bit of waste because i don't use the center of the cupcake so it was a great way for me use it!
I had a blast! These cake pops are totally addictive! You can do so much with them. I made White choc mud, Choc Mud, Red Velvet and peanut butter cake pops and my family and friends couldn't get enough of them. So i have added them permanently to the menu for $20 per dozen. They are like a cute little bouquet of cakes. I have had a few queries about doing them for center pieces at weddings too. What a great idea!
They sold very well for Christmas presents and i think they will be another favourite for valentines day.
Enjoy :)
Rach xx

﻿
Posted by Plush n Lush Cupcakes at 2:30 PM No comments: 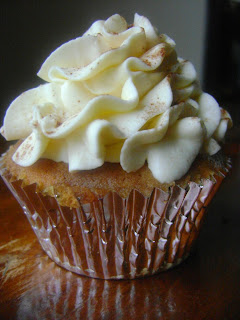 ﻿The Tiramisu Cupcake
Who doesn't love Tiramisu. My husband Matt inspired me to come up with this one being its his favourite dessert.
The cupcake is a classic italian sponge cake soaked in a espresso and Kahlua syrup then topped with Mascapone cream.
Pure indulgence!
Posted by Plush n Lush Cupcakes at 11:14 PM No comments: